Spinal muscular atrophy (SMA) affects 1 per 8,000 to 10,000 people around the world, according to the National Library of Medicine.1 For SMA Awareness Month, we’re bringing attention to this genetic disorder by highlighting information about how the disease is inherited and the options for SMA testing during pregnancy or preconception.

Spinal muscular atrophy (SMA) is an inherited neuromuscular disorder characterized by the atrophy (weakening or wasting) of the skeletal muscles due to the loss of motor neurons.1 Motor neurons control voluntary muscle movements such as walking, talking, and swallowing. SMA usually presents early in life and is the leading genetic cause of death in infants and toddlers, according to the SMA Foundation.2

What Are the Types of SMA?

This disorder is classified into five subtypes – SMA type 0 to SMA type 4 – which vary based on the age of symptom onset and maximum motor function achieved. The most common is SMA type 1, affecting about 60% of infants born with SMA according to the National Organization for Rare Diseases (NORD), and typically manifests before 6 months of age. SMA type 2, in which onset is usually between 6 and 18 months, comprises approximately 30% of infants born with the disorder. In other subtypes, SMA symptoms, like muscle weakness, may not appear until later in childhood or into adulthood. In its rarest and most severe form, SMA type 0, the condition develops before birth.3

SMA is caused by a mutation in the Survival Motor Neuron 1 (SMN1), the gene responsible for encoding the SMN protein. The SMN protein is integral to the functioning and maintenance of motor neurons.2 Knowing how this disease can be inherited (passed down through family) is essential in understanding the cause of SMA.

How Is SMA Inherited?

This condition is inherited in an autosomal recessive pattern, meaning two copies of an abnormal SMN1 gene must present for SMA to develop. In most cases, both parents must carry one copy of the mutated gene in order for their child to have the disorder. An SMA carrier typically does not experience symptoms themselves.1

According to NORD, for each pregnancy:3

Screening testing can be performed through a blood test before or during pregnancy to determine if you are a carrier.

Who Should Be Screened for SMA?

The American College of Obstetricians and Gynecologists (ACOG) recommends that all pregnant women, or those considering pregnancy, be offered carrier screening for SMA. If one parent is found to be a carrier, screening is recommended for the other biological parent, as is genetic counseling.4

If you are pregnant or considering family planning, genetic testing may not be the first thing that comes to mind. However, tests like carrier screening can play an important role in your pregnancy by allowing you to learn the risks for having a child with SMA. GenPath® Women’s Health, a division of BioReference®, provides carrier screening for SMA and other genetic conditions that can help you plan and prepare for your family’s future.

Health observances like SMA Awareness Month bring an opportunity to draw attention to such health topics that may not always be in the spotlight. For more information about your risk, seek guidance from your healthcare provider. If you are a healthcare provider, click here to learn more about carrier screening with GenPath Women’s Health. 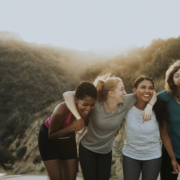 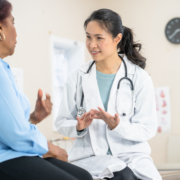 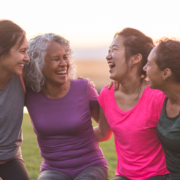 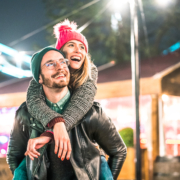 This Valentine’s Day: Be Wise, Prevent STIs
Check In on Your Skin for UV Safety Month