MIAMI, Dec. 08, 2021 (GLOBE NEWSWIRE) — OPKO Health, Inc. (NASDAQ: OPK) today announced that the U.S. Food and Drug Administration (FDA) has approved OPKO’s 4Kscore Test. This test is approved for use in men age 45 and older who have not had a prior prostate biopsy or are biopsy negative and have an age-specific abnormal total PSA and/or abnormal digital rectal exam (DRE). The 4Kscore Test provides a numerical value to assess the presence of aggressive prostate cancer before a decision is made to perform a prostate biopsy.

The 4Kscore Test is currently available at BioReference Laboratories, an OPKO Health Company, through its specialty oncology and urology division, GenPath.

“The 4Kscore Test has been available as a Laboratory Developed Test (LDT) since 2014. The FDA approval provides further validation of its value as an important tool in the diagnostic paradigm for prostate cancer,” said Jon R. Cohen, M.D., Executive Chairman of BioReference Laboratories, Inc.

The FDA approval is based on data from two prospective clinical studies carried out in the United States. Annually, about 20 million total PSA tests are performed in the United States and 10-15% of the results are found to be abnormal. The 4Kscore Test is calculated using a proprietary algorithm that includes values of a subject’s four different prostate specific kallikrein biomarkers, age, prior biopsy history and DRE status. The algorithm was developed by a team at Memorial Sloan Kettering, based on more than 30,000 cryopreserved blood samples, including assessment of the relationship of the 4Kscore Test to the subjects’ long-term prostate health outcome.

The 4Kscore Test has been used by more than 7,700 health care providers including approximately 4,200 urologists. Over 300,000 tests have been performed since its launch as an LDT in 2014. The test has been included in the National Comprehensive Cancer Network Guidelines® (NCCN) since 2015 and European Association of Urology Prostate Cancer Guidelines since 2016. OPKO has offered the 4Kscore Test in the U.S., Europe and elsewhere.

The 4Kscore Test is an in vitro serum or plasma test that combines four immunoassays (Roche Elecsys total PSA (prostate specific antigen), Roche Elecsys free PSA, intact PSA and human kallikrein 2) into a single numerical score that also incorporates a patient’s age, previous biopsy status and digital rectal exam results. The 4Kscore Test is indicated for use with other patient information as an aid in the decision for prostate biopsy in men 45 years of age and older who have an abnormal age-specific total PSA and/or abnormal DRE. The 4Kscore Test is intended to aid in detection of aggressive prostate cancer (Gleason score ≥7/Gleason Grade Group ≥2) for whom a biopsy would be recommended by a urologist, based on current standards of care before consideration of the 4Kscore Test. A 4Kscore <5.0 is associated with decreased likelihood of a Gleason score ≥7 on biopsy.

The intended use population are:

Prostate biopsy is required for the diagnosis of cancer. The test is not recommended more than once every 6 months. The test is intended for professional use only. For more information about the 4Kscore Test, please visit www.4Kscore.com.

OPKO is a multinational biopharmaceutical and diagnostics company that seeks to establish industry-leading positions in large, rapidly growing markets by leveraging its discovery, development, and commercialization expertise and novel and proprietary technologies. For more information, visit www.opko.com. 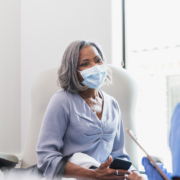 Keeping Cancer Screening at the Forefront 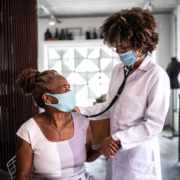 Acting FAST to Save from Strokes 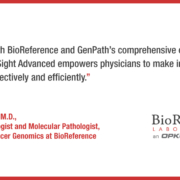 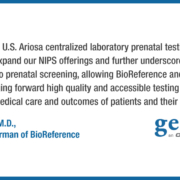 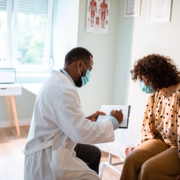 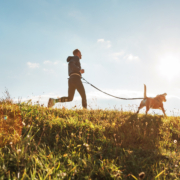